Our first friend to be interviewed is, to us mere mortals, one of those annoyingly multi-talented people — singer, songwriter, composer, musician, artist, illustrator, film-maker etc, etc, Dennis Leigh aka John Foxx. 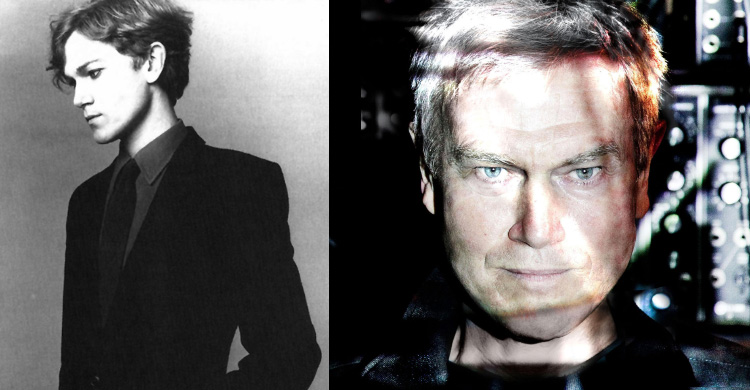 To get you into the zone, we’ve created a playlist of the music/artists that inspired and influenced Dennis, along with a selection of tracks he’s created over his nearly 50-year career.

How did your relationship with The Chase first start?
Way before The Chase began. Ben Casey and I were at the Harris School of Art together, in Preston.

Some years later, Ben actually got me started in an unexpected career as a Graphic artist when The Chase got The Creative Circle Awards annual to design and he asked if I’d do the cover. After that, the phone didn’t stop ringing. I’d just opted out of the music business for a while, so unexpectedly I had another career— all thanks to Ben and The Chase. 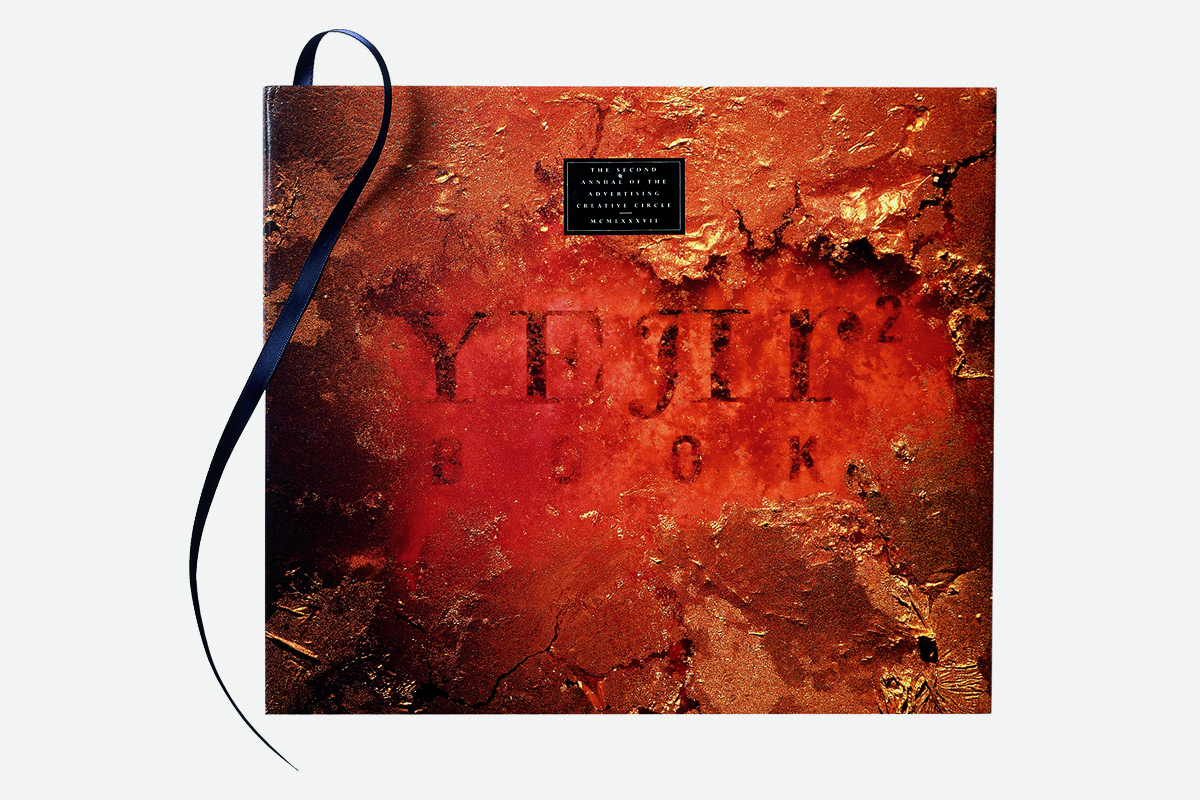 Can you briefly describe what you’re now involved in and pick out the key moments along the career path that took you there?
Well, I’m now involved in music – key moments I guess would be: Getting into music at art school in London, just as Punk began; watching how McLaren operated with the Sex Pistols; signing with Island Records; then Virgin Records in the 1970s; getting into the studio with Brian Eno and Steve Lilleywhite – just before Bowie rang Eno to start work on his album.

Then visiting the studio while Bob Marley and Lee Perry were recording together. Going to Germany and working with Conny Plank, as he was working with Neu, Can and Kraftwerk and all the great German bands of that era.

Is there an individual that you feel you owe a debt to, especially in the formative stages of your journey?
Two great art teachers – Marie Ashworth and George Hollingworth. Both of them gave me a few vital principles and insights I’m still using.

Any regrets?
Not being onstage with Jarvis Cocker when he showed his arse to Michael Jackson.

Can you select 6 pieces of work that you are most proud of and briefly describe their significance?
1. Cathedral Oceans – I made 150 images, all very detailed mostly with analogue film, well before Photoshop. This began in 1980/81. Then, through this, got into using the very first digital imaging machine, a year or so later. (Made by Barco – a Belgian company) at Newell and Sorrell in Soho.

It was intended as a retouching device.

Just happened to be the first to use this new technology to make collaged imagery. Sheer luck to be in the right place at the right time – and great fun. 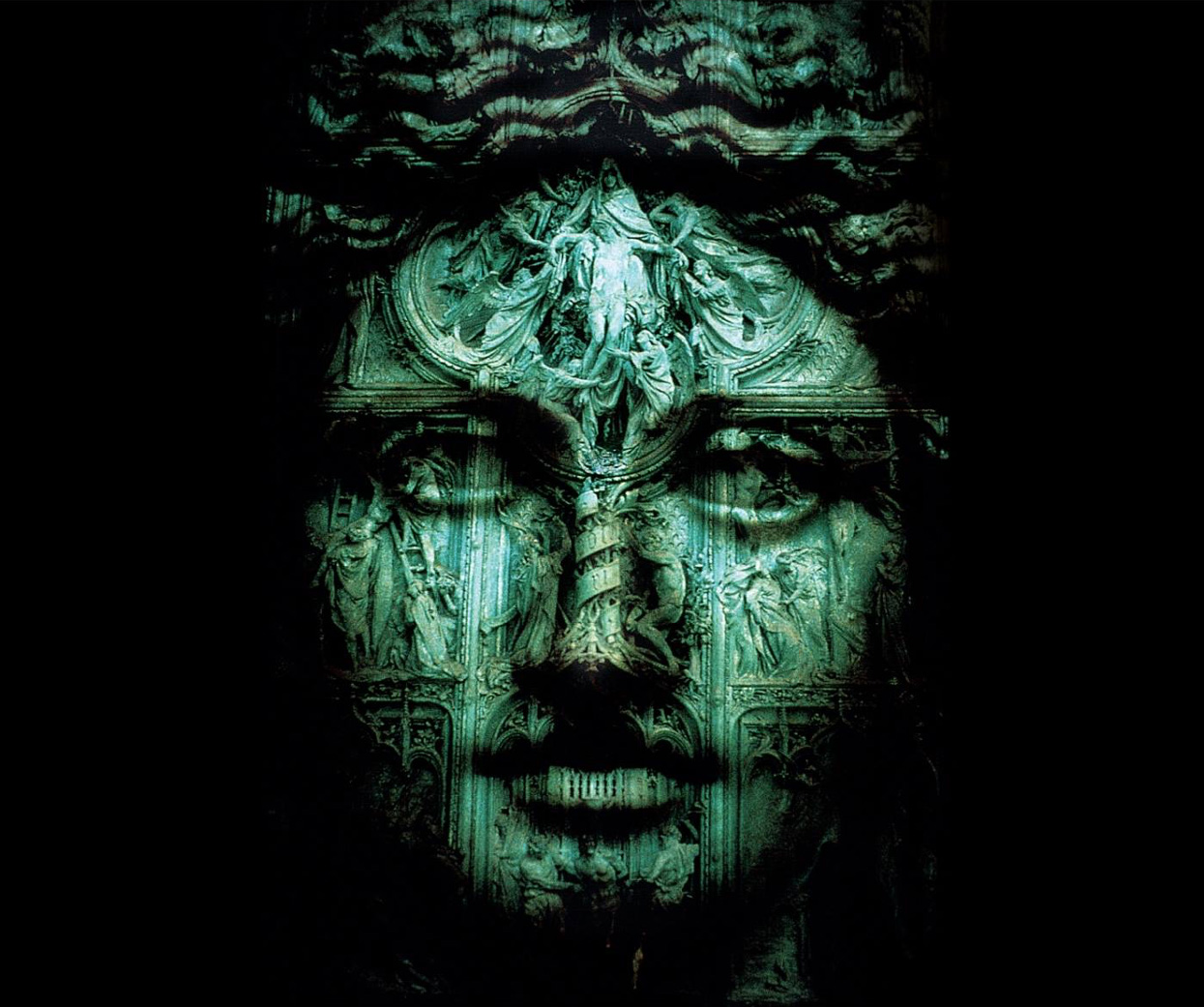 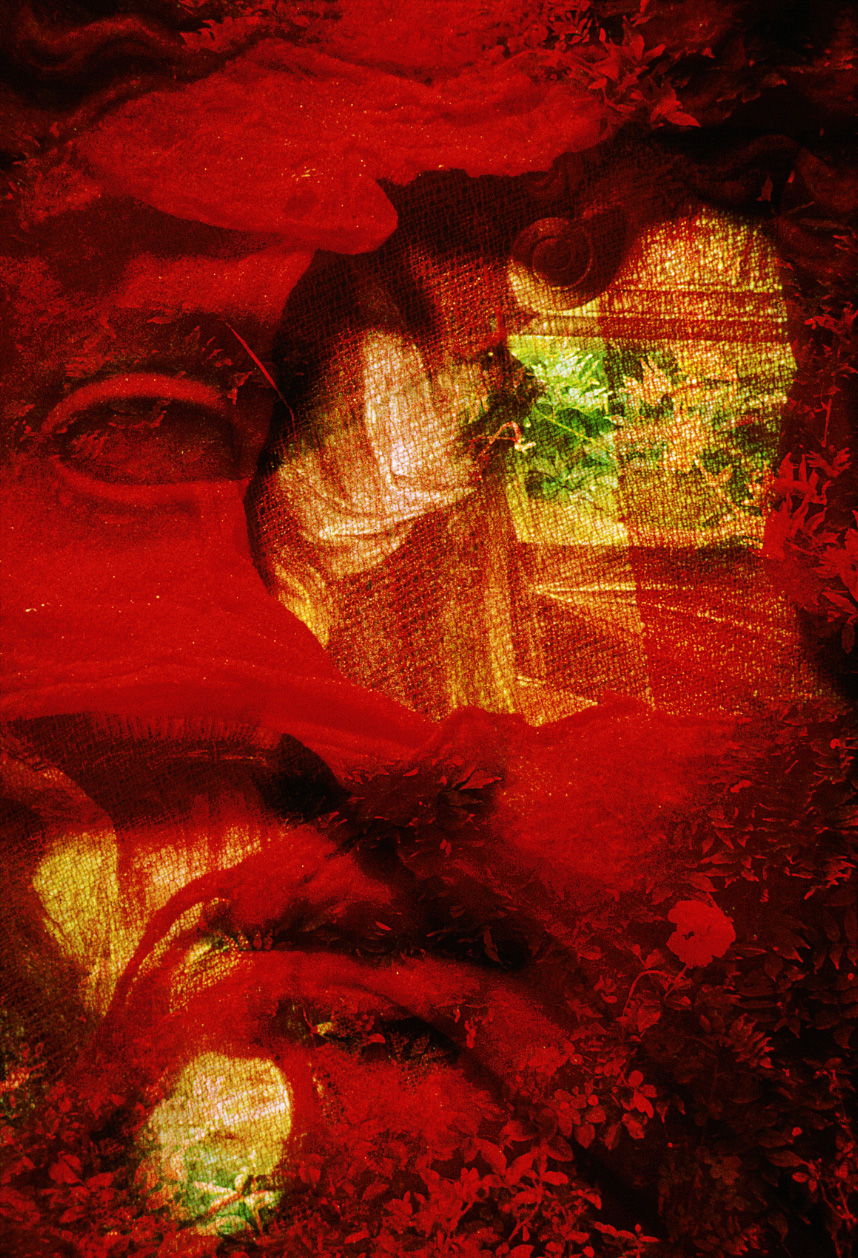 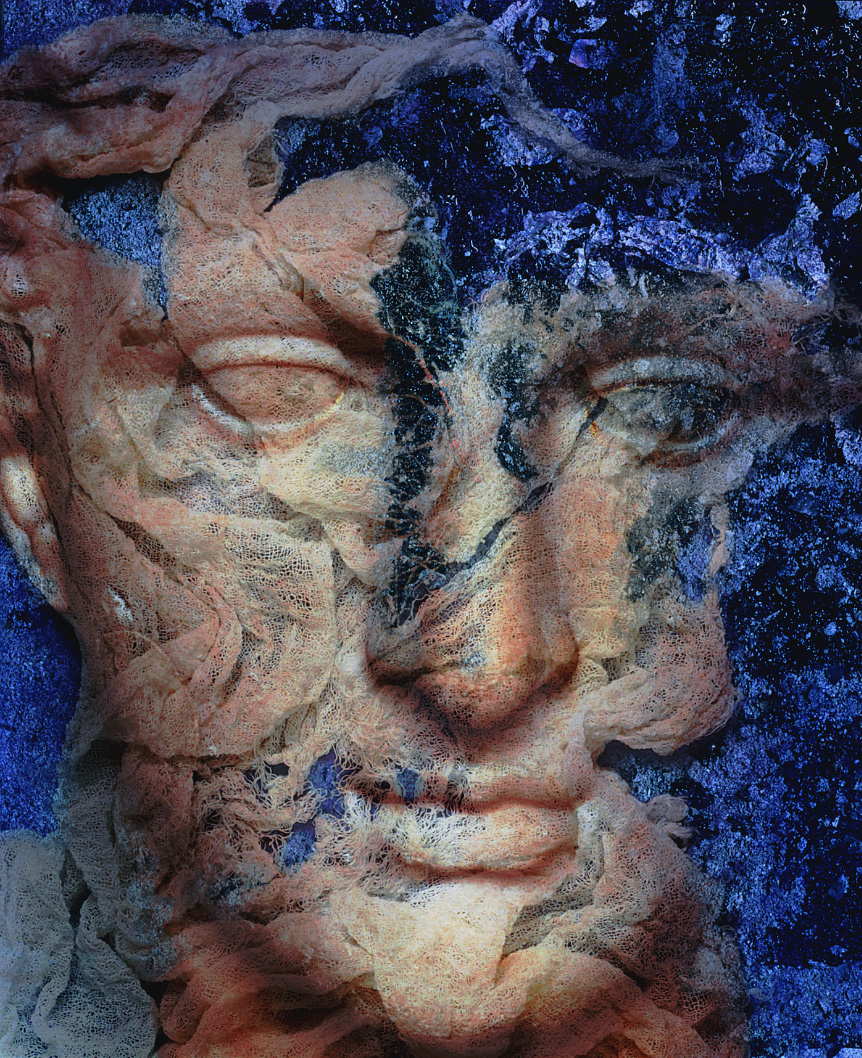 2. I recorded a solo album, Metamatic, in 1979. It was among the first all synthesizer records, using a drum machine.

Before that, in 1976, I wrote and recorded the first synthesizer ballad – title ‘My Sex’ with Brian Eno, then the first drum machine/synth ballad ‘Hiroshima Mon Amour’, both for Ultravox, in 1977. 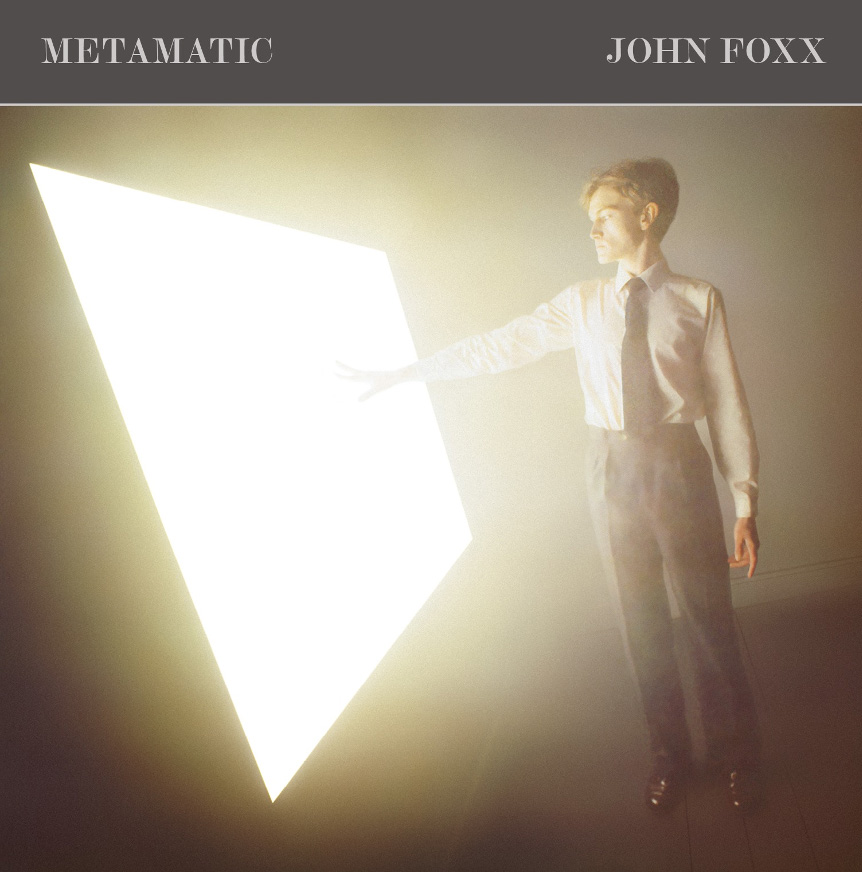 3. Tiny Colour Movies – a film I made with Mike Barker, after realising that a formerly despised medium – super 8 film – could now be properly projected large scale, if transposed into digital media, via scanning.

This explored its unrecognised historical value, the beauty of its saturated colour and grain – and its imperfections, so they can be seen as intrinsic qualities. 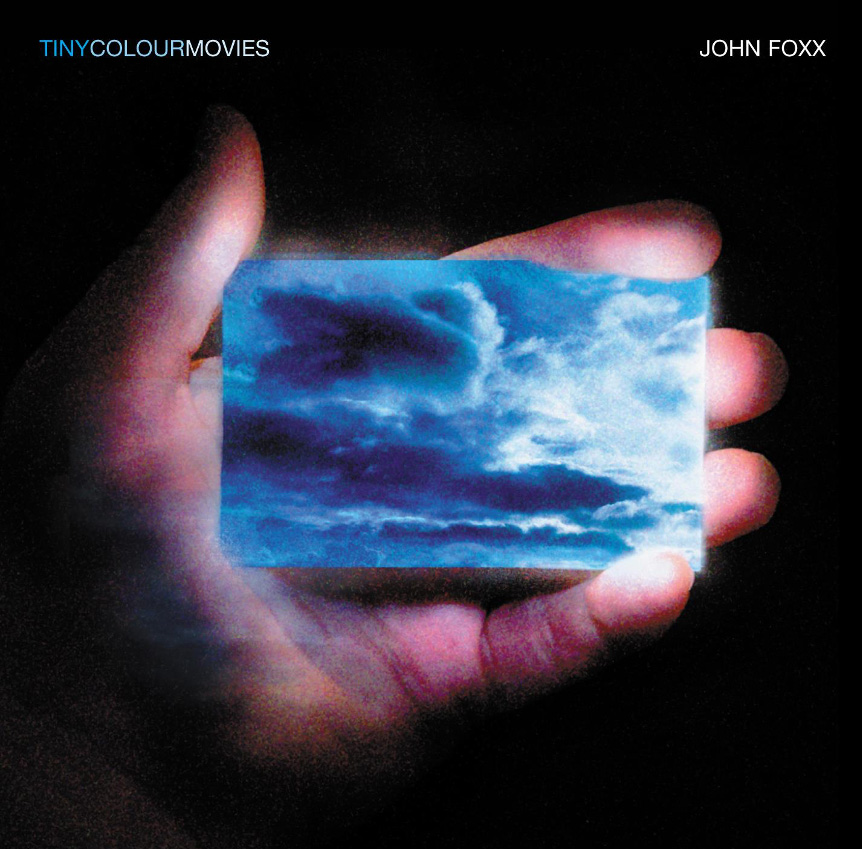 4. The first Gif Movie. Some years ago, Karborn and I had this idea to use Gifs to make the very first Gif Movie, and since then, this method of working has intrigued us no end. Here is one we made for a John Foxx and The Maths song recently.

There are lots of inventive people out there, choosing stuff from a huge reservoir of moments we all know and looping them, like tiny obsessive memories.

Media goes into all our memories and stays there, so in that way, we all own it – it’s part of us. So this swimming about in our mass memory is exciting and inventive.

I do think Gifs are this century’s folk art. All this recovered, distilled, raw material we use to affirm and prompt ourselves with. A magical process. Moments go from hand to hand, altering all the time, just like music.

I think Harold is a modern Satie and I’m completely in awe of his calm courage and steadfastness in an ever more pressurised world. I count it as a great honour to have been able to work with this man. 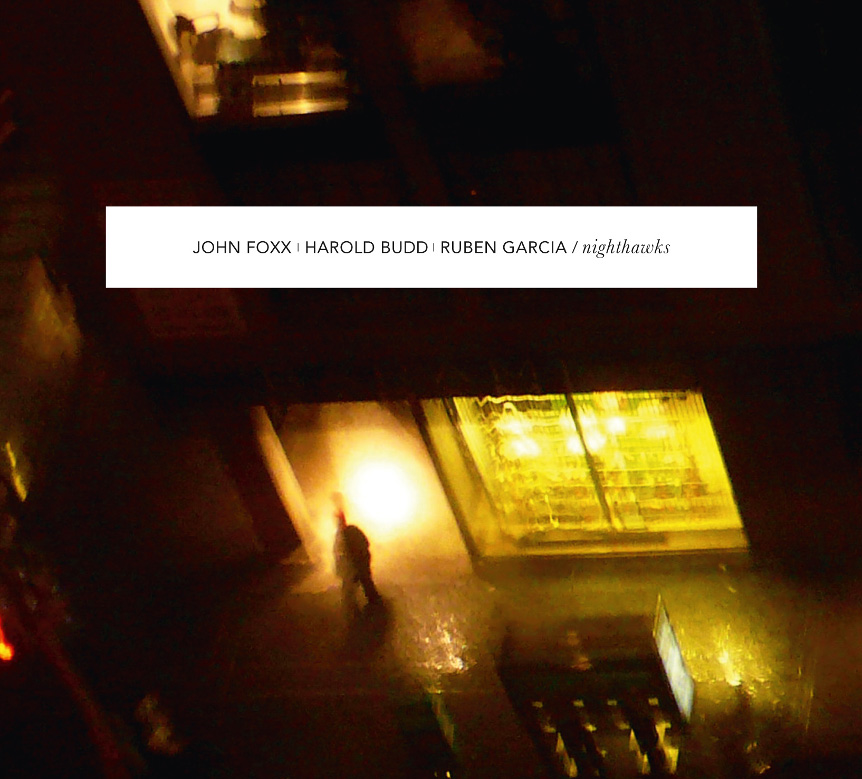 6. Archetype – A bronze cast of sculpture. Since being at art school in Preston, and having to spend hours drawing classical statuary, I’d loved it and wanted to make some acknowledgement of that before I leave the planet. I felt I’d begun to get somewhere nearby with this piece.

I want to give a cast of it to Iggy Pop, another of my heroes, for his garden in Florida. 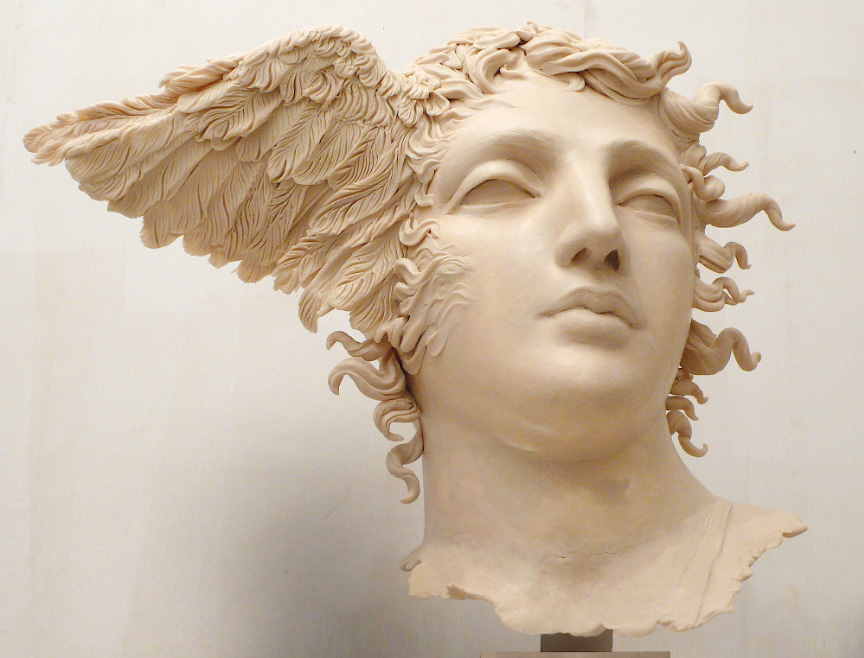 Is there a particular artist or band whose work has influenced you?
The Velvet Underground, Iggy Pop and Harold Budd.

A quick bit of advice to anyone starting out?
Just do it. Follow your instincts. Steal everything useful and make good use of it. Be unashamed, but acknowledge the source where appropriate. All that is your duty.

Every generation will adopt, steal, then repurpose everything relevant to them, and reject everything else – it’s a process of distillation, and it’s how art evolves and continues.

You can find John’s music on Spotify or Apple Music.