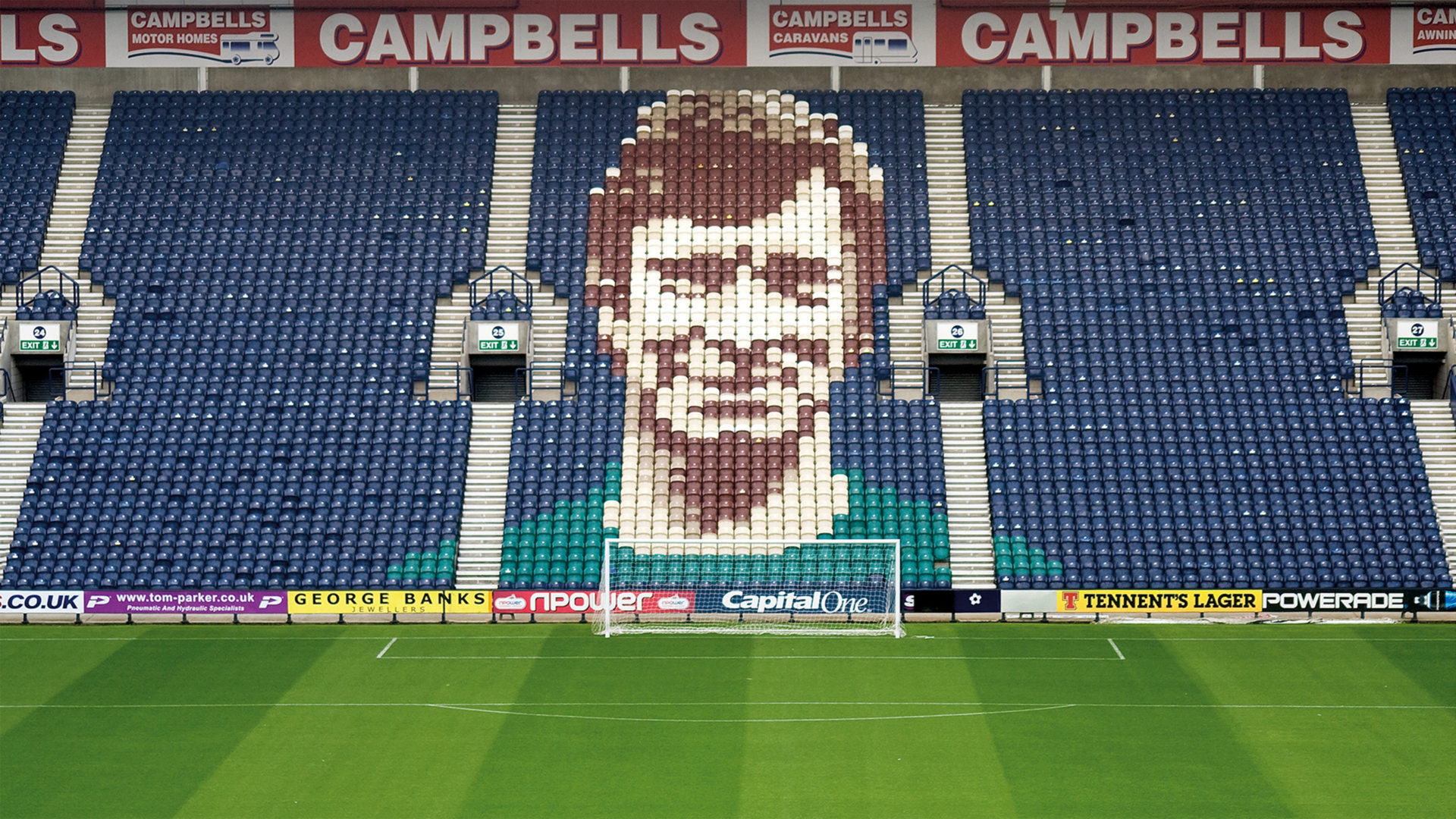 What the bloody hell are graphic designers doing dabbling in the rarefied field of architecture and engineering? As it happens, life-long ‘North End’ fan Ben Casey had for many years acted as an unpaid consultant at Deepdale, now the oldest football ground in the country.

The design of the stadium evolved from Casey’s extensive research trips through Europe in search of precedents and inspiration. Architects AFL were instructed to respond to his conceptual design and subsequently developed the no-nonsense stand modules with the deep trussed roofs supported by the corner floodlight pylons. Preston’s ‘North End’ is now on the map.

Not content with raising the contemporary profile of the club in such a physical way, The Chase were now able to add a poetic touch to the structures. ‘Pixelated’ seating blocks became the palettes to celebrate the heroes that had graced the very turf before our eyes; Tom Finney, Bill Shankly and Alan Kelly watch over the empty stadium only to be momentarily dispensed to history for the duration of a live game. 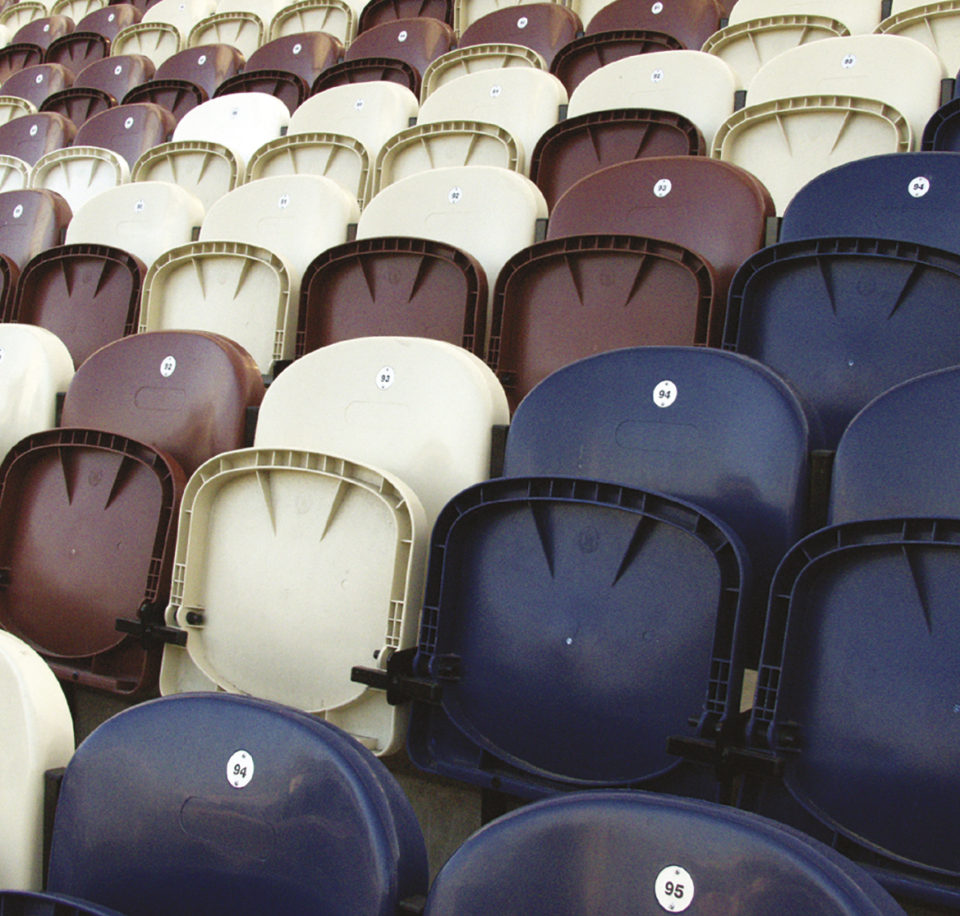 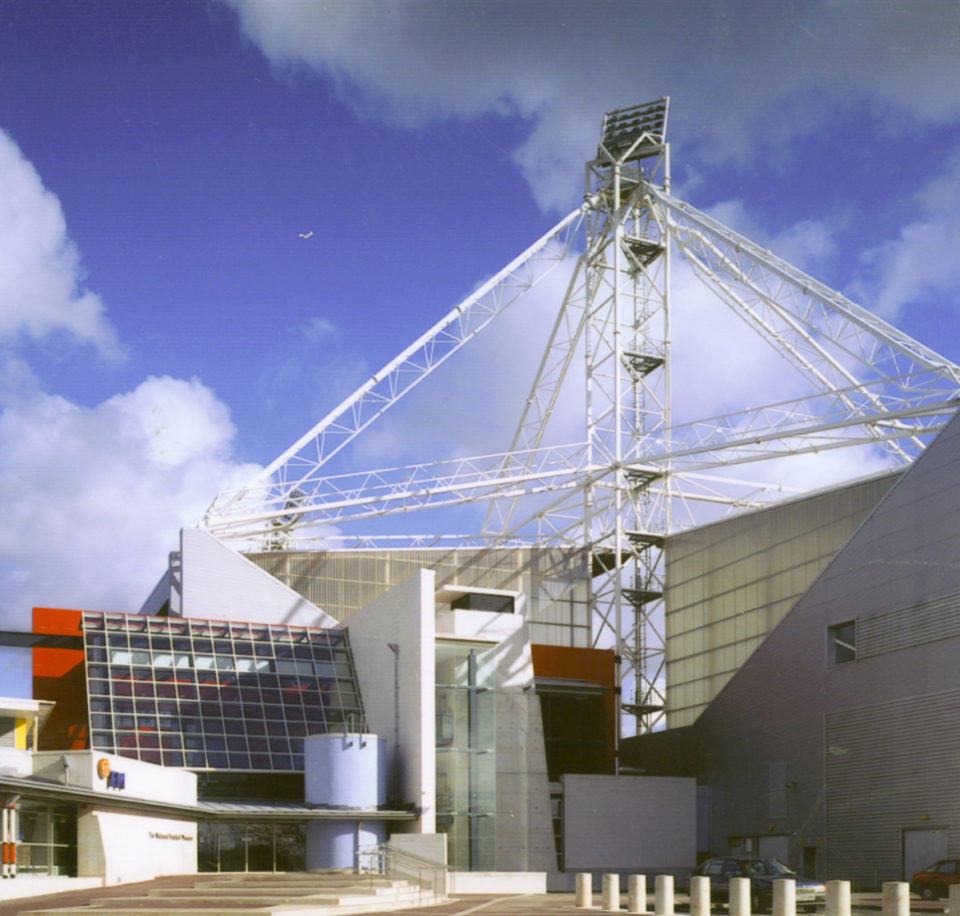 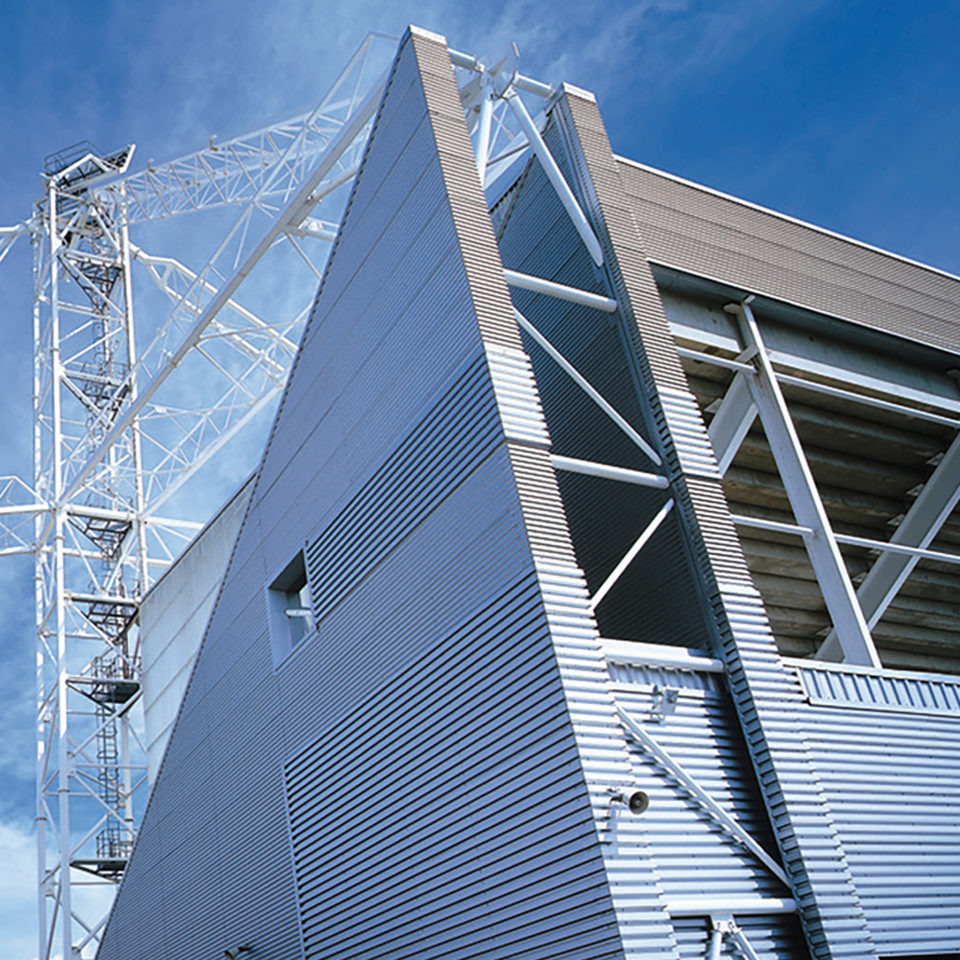